Palm palms swinging in the breeze, quiet fantasy beaches with white sand and lush, tropical vegetation – the Philippines have grabbed our interest. In addition to the conventional picture of a holiday paradise, which you will undoubtedly discover in the Philippines, you may also walk through beautiful green rice terraces, climb volcanoes, encounter exotic sea animals, and see spectacular sunsets.

The Philippines island is home to some of the world’s most beautiful beaches and landscapes. There’s still a much to see and do outside of the hotspots. The sea and nature are the masters of an impressive environmental diversity and biodiversity. The Philippines is a kind of gigantic natural park, where there are still untouched areas that have never seen a human being.

Here are 6 more least visited destinations that are worth visiting in the Philippines. 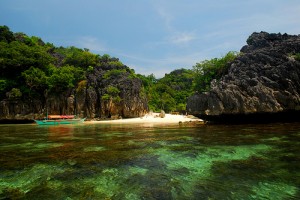 Caramoan is located about 500 km east of Manila in the Bicol region. Hidden deep within Camarines Sur, Caramoan Islands presents a beauty like no other. This paradise has white sand beaches, crystal-like waters and rocky terrains that make it a perfect diving, and snorkeling spot. Its rugged coastline made of a group of islands adds picturesque perfect scenery on the place making photographers all around the world enjoy its magnificence. Not many people know of this place because of its seclusion from the main island, but because of its splendour, Caramoan Islands hold the pride of Camarines Sur and Philippines itself.

From Manila, there are several options for getting to Caramoan. The simplest approach is to fly to Naga (Pili Airport), where you may arrange a roundtrip flight for under $80 if you’re lucky. The typical price, which is roughly $130, is greater. Cebu Pacific, which flies to Naga twice a day, is the preferred airline. However, Philippine Airlines (PAL) also provides service. The flight, like practically other flights inside the Philippines, takes around an hour. 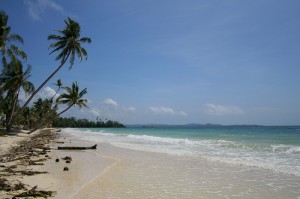 In the farther tip of Romblon sits another magnificent place called Carabao Islands. It is infamous in the province and was labelled as a rising island paradise. It is not popular among tourists because most of them would typically opt for another nearby island—Boracay. Still, it is no less than gifted. It has mystical caves, white sand beaches, and crystalline waters that can feed wonders to every tourist. 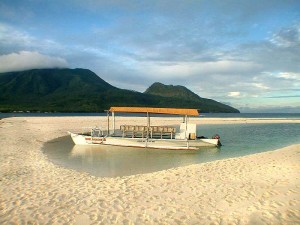 Camiguin is without a doubt one of the Philippines’ most beautiful islands, and the journey there is well worth it for the sights that await you. Mindanao is known for varieties of beaches and tourists attractions. One of its beautiful yet unnoticed islands is the Camiguin Islands. Although competition is tough because of other famous local beaches around it, this island deserves a round of applause for its scenic natural attractions including hot springs, waterfalls and the Sunken Cemetery. It is also another good place for historical landmarks and festivals.

Camiguin Island is one of my favourite islands since it offers so many different experiences. Snorkelers and divers will get their money’s worth here; adventurers may ascend the “Hibok Hibok,” one of the island’s seven volcanoes; there are also “hot springs” and “cold springs,” as well as the Katibawasan Waterfalls. Renting a bike and travelling the approximate 65 km circumference of Camiguin Island in one day is an option for the active.

You may wander through the rainforest’s secret waterfalls, through emerald green foliage, and then over volcanic black sand beaches, immersing yourself in intriguing colour contrasts. Perhaps by indulging in the island’s tastiest fruits, such as lanzones, which grow in clusters and are the subject of a festival. 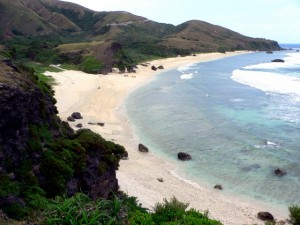 It’s a location of gorgeous rolling hills where wild horses wander freely, dashing through vast fields. It’s a place that feels exotic and wild at moments, yet familiar and comfortable at others. It’s also a region lost to history, where massive cave systems conceal the mysteries of the Philippines’ first residents.

This remote paradise island is part of the Batanes group of islands located in the northernmost tip of the Philippines—nearly 200 kilometres from the southernmost part of Taiwan. Its location is one of the factors why it is least visited by tourists. Nonetheless, the priceless reward of visiting it includes having a look on naturally made islands, underground steams, cliffs and rock formations. The island is also the home of the Philippines’ ancient settlers, and their marks still linger around the area. 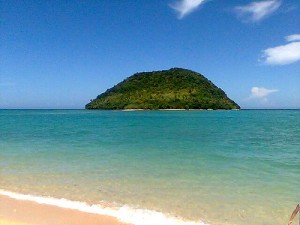 Before Boracay was established as the most popular beach in the Philippines, Sicogon Island was the top tourist attraction. It is admired for its striking beaches, alluring waters, and virgin forests. Although there are not many deluxe accommodations compared to other reputable seasides, the island still attracts groups of snorkelers and scuba divers because of its diverse marine life including giant clams and coral reefs.

Tumaquin Island is a tiny island off the coast of Sicogon Island, near Buwaya. It is only accessible by boat, yet it is so close that it may be crossed on foot during low tide. Diverse diving and snorkelling opportunities abound nearby, with some of the clearest blue seas ideal for swimming and sunbathing. 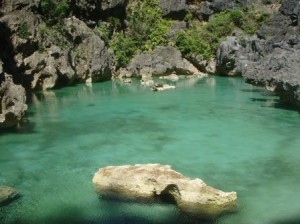 Mystifying like its name, Isla de Gigantes is situated in Northern Iloilo. Due to its location, only few have seen its mystifying beauty—and been awed by its beauty. Isla de Gigantes, also known as Isla Gigantes Sur is home to white sand beaches, virgin islands and perplexing land formations. It is a great destination for tourists who enjoy extreme sports like rock climbing and cliff diving. Hiking and scuba diving are some of the other popular activities that can be done and enjoyed in this region.

Caramoan Islands, Carabao Islands, Camiguin Islands, Itbaya Islands, Sicogon Islands, and Isla de Gigantes–they may be the least visited destinations in the Philippines but they offer many amazing attractions that are more than worthy for tourists’ attention and appreciation. Every people should have a stopover and enjoy a day–or more–in these scenic locations to have the most relaxing and adventurous time of their life.

I’m a writer, new mom and foodie. I love sharing what I know while making others feel beautiful. On this blog, I share my healthy lifestyle, simple meals, fitness tips and experiences.